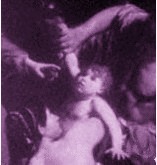 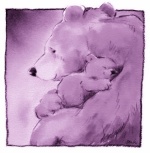 Lora Brislin is the mother of two daughters ages 6 and 4. Lora has not spoken to or seen her daughters since April of this year (2009). In May Judge Phyllis Miller of Gwinnett County, Georgia ordered that ALL custody and visitation be taken from Lora, and that the girls be in the sole custody of their father and his new wife.

Lora endured 5 years of physical and mental abuse at the hands of her former husband, the father of their 2 girls. During which time he, repeatedly hit Lora as well as stalked, harassed, and verbally abused her.

During their marriage the father wanted nothing to do with their two daughters. When Lora finally found the courage to leave her abuser in October of 2006, the father suddenly became adamant in 2007 after advice of his attorney to start exercising his visitation because he was not doing so. Not only did he get visitation of these children, he began threatening to take custody away from Lora Brislin.


Lora has been the one, for two years now who has had to endure a battery of psychological tests, chastisement and ridicule from the courts, and little help on the part of law enforcement officials. For two years, Ms. Brislin has heard numerous pleas of help from her daughters and has tried to make the courts listen to her and her children and, once and for all, hear the TRUTH. Instead, she was laughed at by the courts, told she was making false allegations against their father, and was a menace to her children. On May 7, 2009 the father was awarded sole custody and Lora was to have no contact with her daughters whatsoever by their Judge who has since been disbarred this July 2009.

The father served a lengthy term in jail as a result of his criminal activity. In one of his previous marriages, not only did he also abuse his former wife as well. He abandoned his son and gave up his parental rights in exchange for child support (not having to pay).

Lora Brislin, along with the undersigned, is confused by this outrageous injustice by the court. Ms. Brislin is not the only loving and responsible mother who has had her children literally ripped from her arms and placed in the sole custody of an abusive father. We are asking that this case be reopened and investigated. We ask that this egregious injustice be dealt with, and that Lora and her daughters be reunited. If the sisters were placed in a neutral setting during this process and their safety assured to them, they would most likely state that they do not feel safe with their father and wish to be able to live with their mother. They were “whipped” into silence and at one point made to say it was their mother who was the alleged molester when they were accompanied by their father to interviews.

This grave misuse of power cannot be stood for! Clearly there is some reason other than simply poor judgment on the part of the courts that has caused Lora Brislin to lose all contact with her children. No matter what that hidden agenda might be, if the court decision is allowed to stand the Gwinnett County court system will be continuing to place these children in harms way and be punishing their mother for trying to protect them! NO CHILD OF DOMESTIC VIOLENCE IN THIS STATE CAN BE CONSIDERED SAFE IF WE CANNOT GET THESE SISTERS SAFE!

There are men and women all over the country as well as all over the world, who are watching to see what is done about this horrific case of court-ordered abuse. We believe that if government officials do not intervene in cases like this in which a clear misuse of power has destroyed the lives of two young children and their mother, then the government should be seen as, not only negligent, but as condoning this outrageous behavior on the part of judges who seemingly, has to answer to no one!

Our family court system was supposed to have been put in place for the purpose of aiding families, and in cases where abuse is involved, supporting the protective parent, thereby ensuring the safety of innocent and defenseless children. In this case, however, it appears that the very system that was put into place for the purpose of protecting children is, instead, aiding in the traumatizing of these helpless victims.

Update December 8, 2009: I just wanted to let members know that though we have been threatened legal action if this and similar sites were not taken down, this will not deter us in our fight for TRUTH and JUSTICE. We are not interested in clouding issues, we want to bring the truth into the light and if this upsets people, then they must have… something to hide. We have obviously hit a nerve and we got a reaction. We will continue to advocate for the Brislin sisters until a true, ethical and indepth investigation is completed. Not limited to polygraphs and the reopening of former documented evidence.

Petition to Reunite Lora Brislin with her two daughters Megan and Elizabeth: We, the undersigned, are standing together in an attempt to speak for these little ones who are not allowed to speak for themselves and, in order to prevent further destruction in their lives, we are asking that this case be revisited and that The Truth finally be brought into The Light so that justice can prevail: http://www.thepetitionsite.com/1/reunite-lora-brislin-two-daughters